REFORM AND MODERNIZATION OF THE WORLD TRADE ORGANIZATION

REFORM AND MODERNIZATION OF THE WORLD TRADE ORGANIZATION 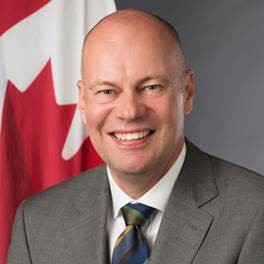 Luncheon Conference with Stephen de Boer, Ambassador and Permanent Representative of Canada to the WTO

Please join us for a luncheon conference with Ambassador de Boer who will be addressing the challenges facing the WTO as it strives to reform and modernize itself to preserve multilateral trade in response to shifting international power dynamics.

Stephen de Boer was appointed as Canada’s Ambassador and Permanent Representative to the World Trade Organization on August 21, 2017.

Mr. de Boer joined Global Affairs Canada in 2005 and has held various positions in the department, including in the Investment Trade Policy and North America Trade Policy Divisions.  In 2006, he was named the Director of the Softwood Lumber Division.  From 2008 to 2010, he served as the Director of the Oceans and Environmental Law Division and as Lead Counsel for Canada’s international climate change negotiations.  In 2010, he joined Environment Canada as the Deputy Chief Negotiator for climate change and the Director General responsible for Canada’s international climate change negotiations and partnerships.  Mr. de Boer returned to the department in 2013 as the Director General of the Trade Controls Bureau.  In 2015, he was appointed Ambassador to Poland and in 2016, Ambassador to Belarus.  Prior to joining the public service, he worked for the Government of Ontario.